Share a memory
Obituary & Services
Tribute Wall
Read more about the life story of Mariannina (Mariann) and share your memory.

Mariannina (Mariann) Pelaia, 83, a resident of Concordia Villa St. Joseph Personal Care, passed away on Sunday, January 8, 2023.  She was born on December 27, 1939, in Pittsburgh, to the late Caesar and Saverina (Iuliano) D'Urso. She was a 1958 graduate of Scott High School in North Braddock.  She worked as a librarian at Carnegie Library where she developed a love of reading and later at the Cheers Gift Shop in Sewickley. Mariann was a member of St. Luke the Evangelist Parish, Good Samaritan Catholic, Ambridge where she was a member of the Christian Mothers Ladies Guild.  Her passion in life was spending time with her family and socializing with her large group of friends. She was very involved with her two granddaughters throughout their youth. She loved having tea parties with them as well as attending their several activities.  Mariann also enjoyed ballroom dancing with her ballroom group. Preceding her in death in addition to her parents were her husband, Bruno J. Pelaia, infant son, Christopher, brother and sister-in-law, Sam and Louise Pelaia, brother, Caesar "Gus" D'Urso, sister, Rachel Propoggio, two brothers-in-law, Gino Propoggio and Salvatore Valente. She is survived by two sons, David (Jennifer) Pelaia of Mars, Ralph Pelaia of Baden, two grandchildren, Isabella and Kaitlyn Pelaia, 3 sisters-in-law, Elizabeth Valente of Clifton, NJ, Stella (Steve) Skeba of Lower Burrell, Nadine D'Urso (Caesar), and numerous nieces and nephews. Friends will be received on Wednesday from 2-4 and 6-8 PM in the John Syka Funeral Home, Inc. 833 Kennedy Drive, Ambridge where prayers will be offered on Thursday at 10:30 AM followed by a Mass of Christian Burial at St. Luke the Evangelist Parish, Good Samaritan Catholic Church. Private interment will take place in the National Cemetery of the Alleghenies, Washington County. Members of the Christian Mothers Ladies Guild will pray the rosary on Wednesday at 3:30 PM in the funeral home.

To send flowers to the family or plant a tree in memory of Mariannina (Mariann) Pelaia, please visit our floral store. 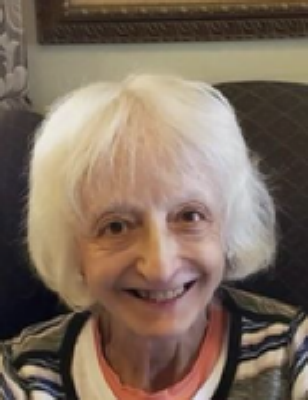