Share a memory
Obituary & Services
Tribute Wall
Read more about the life story of Margaret and share your memory.

Margaret Ann (Sivy) Tisak, 91, formerly of Ambridge, passed away on Saturday, January 14, 2023, at Juniper Senior Living, Scott Twp. She was born on November 8, 1931, in Aliquippa, to the late John and Mary (Rucko) Sivy. Her parents immigrated from Cimerne, Slovakia, Austro-Hungary Empire and became American Citizens. Margaret, the youngest child of her family grew up in Aliquippa, where her father operated one of the blast furnaces at J&L Steel Corporation. After her family moved to Ambridge, Margaret graduated from St. Veronica High School. She worked in the engineering department at the American Bridge Corporation before becoming a full-time devoted mother and homemaker after her marriage to Nick Tisak in 1954. She was a member of St. Mary's Byzantine Catholic Church, Ambridge. Preceding her in death in addition to her parents were her brothers, John J., Joseph S., Edward L., and Yamila (Gerri), George (Ann) Sivy, sisters, Helen (Frank) Contz, Irene (John) Anzur, Heidi (Mary Frances) and Bill Lane. Surviving are her sons; Nicholas A. and his wife Joanne Tisak, Dr. Daniel J. Tisak, JCL, Capt. Francis X. Tisak, USN and his wife Dr. Ermi Tisak, Lt. Col. Jeffrey H. Tisak, USMC, and his wife Therese Tisak, MSgt Paul E. Tisak USMC and his wife Ruth Tisak, numerous grandchildren, and great grandchildren.  Friends and family will be received on Friday from 4 to 8 PM in the John Syka Funeral Home, Inc. 833 Kennedy Drive, Ambridge where a Parastas Blessing Service will be held at 7 PM. A short prayer service (Panachida) will be sung at the funeral home on Saturday at 9:30 AM followed by a Divine Liturgy for the repose of her soul at 10 AM in St. Mary's Byzantine Catholic Church, Ambridge.  Interment will follow in Mt. Olivet Cemetery, Hopewell Twp. In lieu of flowers, donations may be made to Saint Anthony Schools:  http://www.stanthonykids.org/donation or to St. Mary's Byzantine Catholic Church.

To send flowers to the family or plant a tree in memory of Margaret Ann (Sivy) Tisak, please visit our floral store. 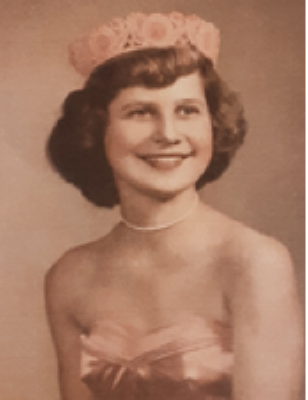