Share a memory
Obituary & Services
Tribute Wall
Read more about the life story of Gloria and share your memory.

Our mother, grandmother and great grandmother with the beautiful smile, peacefully met the Lord while listening to the rosary on EWTN, at the age of 99, January 18, 2023.  Gloria Kuzma Chinchilla, daughter of Ukrainian born Dmytro and Pelagia (Kaliczak) Kuzma, was born September 4, 1923, in Preston, PA, three miles from Pittsburgh. The middle child of four girls and one older brother, she was the last of her immediate family to pass away. Gloria and her family spoke Ukrainian at home, learning English in the first grade.  Gloria was a gifted student who loved learning throughout her life, graduating Salutatorian of her class at Stowe High School. She was voted the most beautiful girl in her class and queen of her senior year. Her yearbook picture captioned “The girl with the Pepsodent smile!”. She excelled in math and used those skills working at Armstrong Flooring Corporation after high school. Although Gloria did not have the opportunity to attend college, she later instilled her intense desire for higher education to her daughters who fulfilled her dream.  Her father was a founder of St John the Baptist Ukrainian Catholic Church in McKees Rocks.  That Catholic faith became the core of Gloria’s beliefs. While proud of her Ukrainian heritage, she was a modern woman who held a fervent love of America and the values of liberty and freedom.  She married Andrew Joseph Chinchilla in 1951. Andrew and Gloria were a magical couple on the dance floor dancing to Perry Como’s “Till the End of Time”. Together they raised five daughters in a beautiful home in Ambridge.  Gloria and Andrew’s youngest daughter, Maria, was born with Down Syndrome and was truly a gift to the whole family. Gloria became her advocate in education and health at a time when our culture’s outlook towards the handicapped was negative and opportunities were limited. Sadly, Gloria became a widow in 1979. Maria remained her loving companion until her death in 2007.  Gloria was fun, energetic and fiercely independent throughout life. She had a flair for color and style in whatever she did from decorating her home to selecting clothes. She was an exercise enthusiast all of her life and her grandchildren fondly remember the volleyball games in her backyard. She was a health pioneer who grew tomatoes. She made traditional Ukrainian dishes for her family, especially at Christmas and Easter. She enjoyed cards, learning bridge later in life, and was always ready for a board game with daughters and grandchildren.  She taught CCD religious education and was a member of the choir at Good Samaritan Parish, Ambridge, for years. We will always remember her beautifully harmonizing Ukrainian songs with her sisters.  A truly memorable event in Gloria’s life was a journey with her sister to the birthplace of her father in Ukraine. A visit to the Vatican, brought her so close to Pope John Paul II that standing face to face, she touched his hand.  Gloria is survived by her loving daughters, Christine (Dan) Harkins of Exton, PA, Yvonne (Lawrence) Cuda of Latrobe, PA, Gloria (Wilson) Luy Tan of Beaver Dam, WI, and Andrea (Harry Edgos) Chinchilla of Pittsburgh, nine grandchildren, Andrea, Lydia, Daria, Daniel, Andrew, Natalie, Anna, Emily and Nasi, and three great grandchildren, Danny, Lyla, and Claire.  Remember her smile, remember her strength, Remember her love.  Family and friends will meet Monday at SS Peter and Paul Ukrainian Catholic Church, 404 6th Street, Ambridge, where a viewing will be held from 9 AM until the time of a Divine Liturgy at 10 AM.  Her pastor, Fr. Michael Polosky, will officiate. Interment will follow in SS Peter and Paul Catholic Cemetery. Arrangements were entrusted to John Syka Funeral Home, 833 Kennedy Drive, Ambridge.

To send flowers to the family or plant a tree in memory of Gloria (Kuzma) Chinchilla, please visit our floral store. 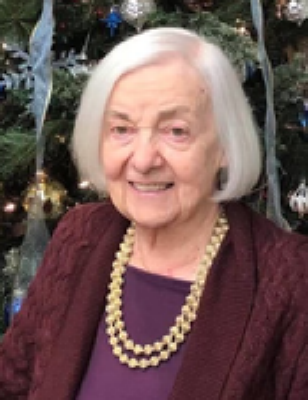